A Junge Akademie Magazine edition on images and language? Quite the challenge, and basically an invitation for an art historian to attempt to express themselves without words. But how? Perhaps with a Warburg-style panel — associative and yet targeted; and about a work of art whose meaning I puzzled over recently. That was the plan, which I have ended up describing in words after all. 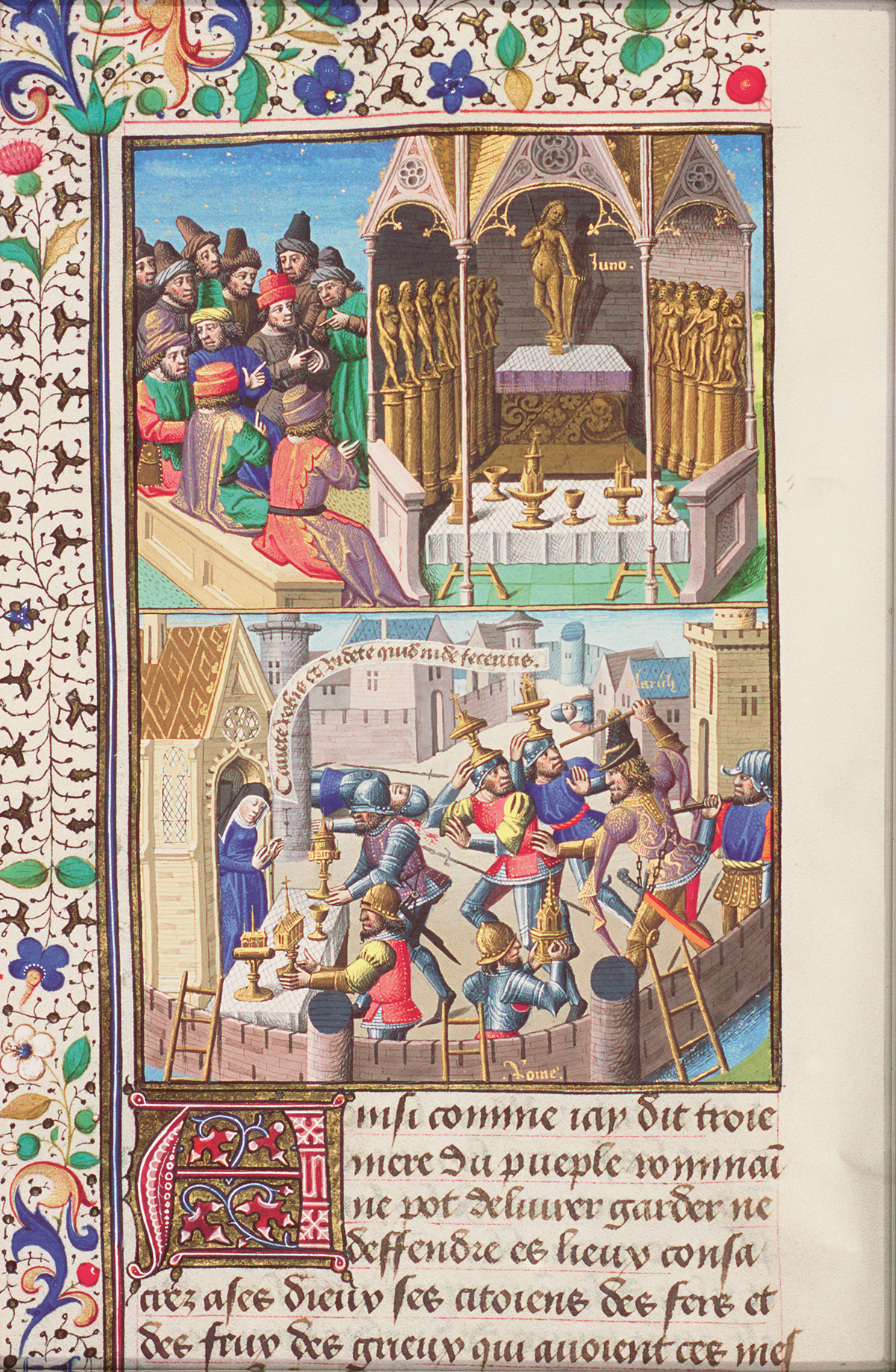 At the centre of my thoughts was the miniature1 of a French manuscript from the 15th century, which introduces chapter 4 of the first book from Augustine’s »De civitate Dei« (413—426 AD). A thematic connection is made here between the destruction of the city of Troy by the Greeks and the Sack of Rome by the Visigoths in the year 410 AD. But that doesn’t matter, as that’s not something we know when we only look at the image. So let’s do only that: The upper part of the image shows a temple and men engaged in a discussion, the lower part shows the scene of a loot. In both parts we can see Christian host boxes: at the top, they are placed at the front of the temple, neatly arranged on a table; and at the bottom left on a small table and in the hands of soldiers. The boxes therefore act as a link between the two levels.

What is the meaning of this miniature? Is it to be understood separately from any text? And to what extent would that correspond to the standards of the early modern manuscript? Although the main focus of the page design is the miniature, Augustine’s text, with its splendid initial, is also prominently featured. An ornamental leaf frame acts as a framework for both sections. In addition, we should not forget that the text continues on the folio 10 recto opposite, which isn’t shown here (nor elsewhere) in favour of the art historical focus of the image. Illuminated manuscripts are therefore a medium in which language, so text, and images always interact with one another. This interaction can also be seen in the image itself: Those who want to can decipher the moralising banner of text in the lower part of the image — or read in the text that the man with the black hat is Alaric, the leader of the Visigoths.

Does art speak for itself? 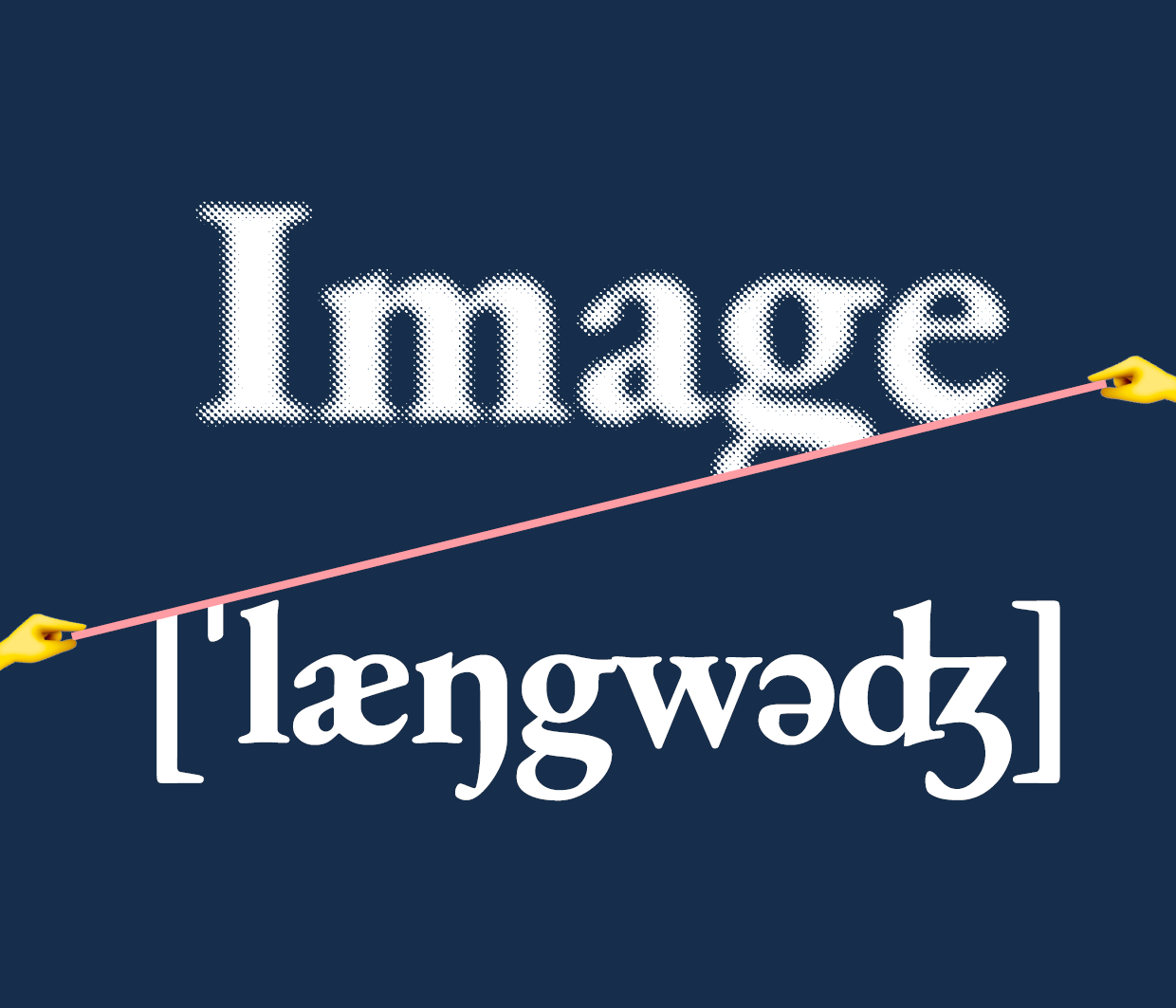 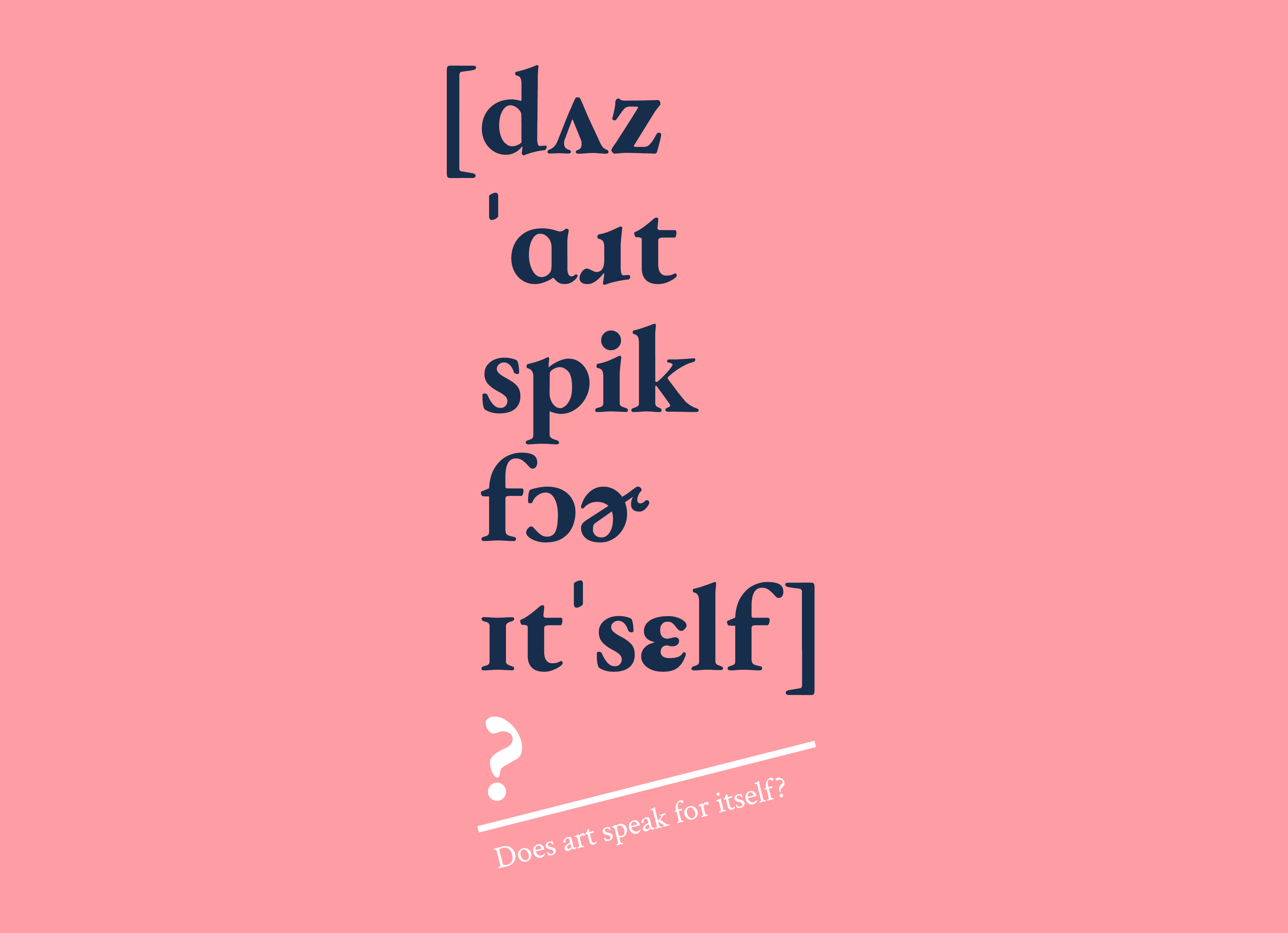 But we will try it without text: The stage is set for opposition, particularly in the upper part of the image. Taking into consideration the hats, the men appear to belong to two different groups. The Christian containers mentioned above stand opposite a female statue. We’ll ignore the fact that she is identified as Juno in the text for now. Her posture strongly resembles that of Synagoga, from a medieval Christian perspective considered a representation of traditional belief, for example depicted in the portal of Strasbourg Cathedral, where she stands opposite the triumphant Ecclesia, who represents the church. More figures are lined up on the left and right of the temple interior, like jamb statues before a Gothic church portal. On the left, they are arranged very neatly, on the right, less so, almost chaotic. They resemble the line of sinners on their way to hell depicted above the Gothic West Portal of Amiens Cathedral.

In this part of the image, the main theme does not seem to be the illustration of the Sack of Rome or the Fall of Troy, which are described in the text. The miniaturist of the 15th century makes reference to the visual form vocabulary of the French Gothic era in order to illustrate Augustine at a conceptual level and through many allusions: He examines the replacement of the ancient Gods by Christianity.

Can we recognise that without words? French recipients of such manuscripts in the 15th century would surely have recognised these visual reminiscences. For most of us on the other hand, both the imagery and the relayed meaning is a world away from our way of life and we need an explanation. Could we decipher the meaning if we matter-of-factly and deliberately placed the page in the context of Strasbourg’s Ecclesia and Synagoga? Does art speak for itself then? Even then, it does so only for a select few insiders.

Isabelle Dolezalek is a Junior Professor for history of art at the University of Greifswald. She joined Die Junge Akademie in 2019.